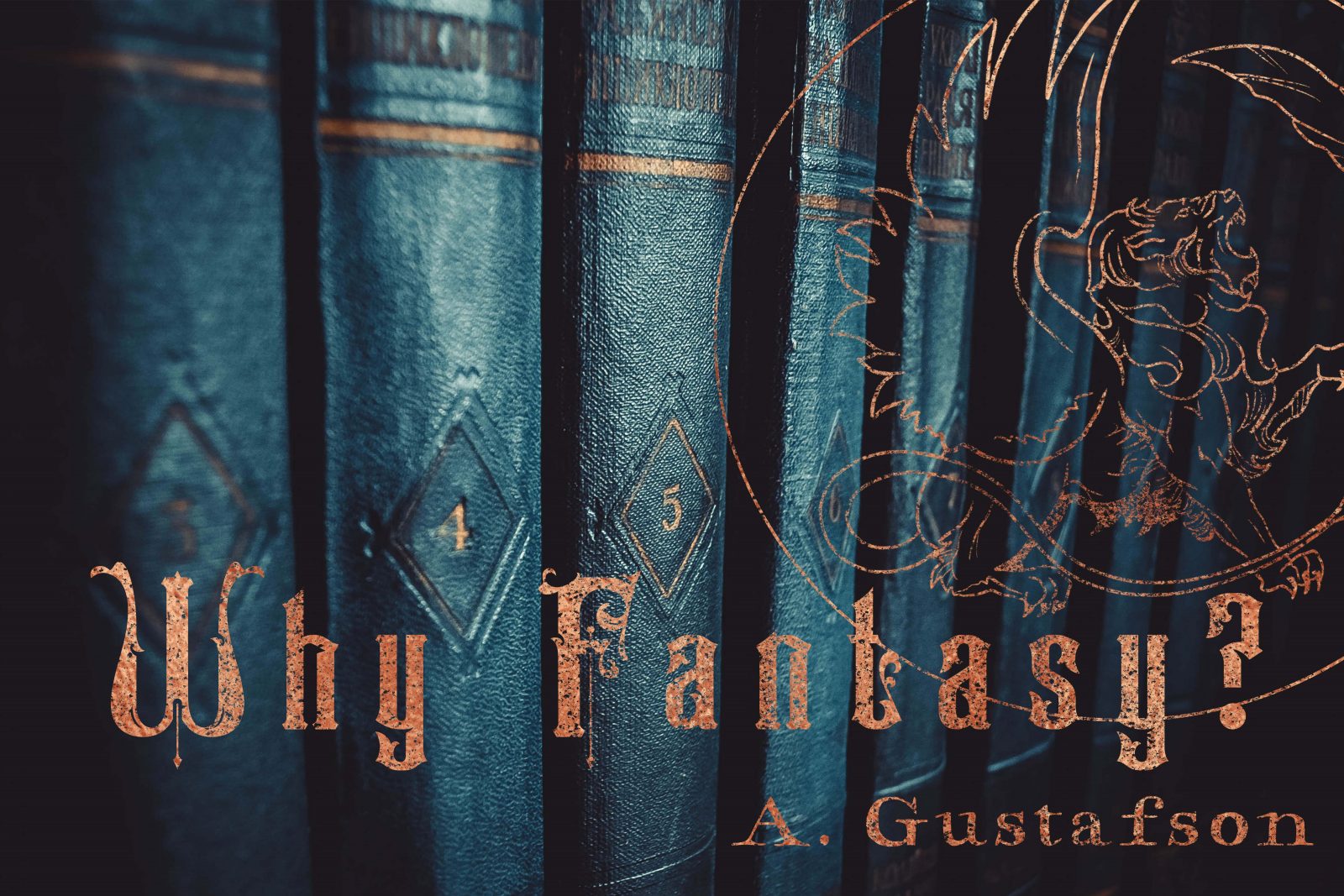 I suppose first and foremost is the escapism aspect, which stands for any genre. I think, in regards to mental health, escapism is an important part of our lives. I also think it’s a healthier form of escapism than other mediums, but that could just be my own personal bias.

The other thing I love about fantasy is its ability to strip away the layers of our extremely complex reality and delve into specific ideas or events or places by creating speculative worlds and exploring them. A lot of fantasy, and a lot of great moments in fantasy stories, are a play on real history and can make us see things in a different light by removing all the other moving pieces around it and focusing on that one moment.

I also think there’s a basic human need to share our values with others that fantasy fulfils. Classic fantasy often divides characters into good and evil. And while not mimicking reality, it is a way of sharing with each other the traits which we believe we should strive to hold within ourselves, and the traits we should work towards eradicating. This has been an important part of humanity’s culture since the beginning as evidenced in mythologies across the world and I believe fantasy has stepped into that space.

In saying that, there’s been a trend for a while now, of moving away from this dichotomy and straying into characters being ‘grey’, with both good and bad traits, where the antagonist’s actions are justified in a way that the reader can empathise with, and I love that. I’m not saying we should move away from the good vs evil entirely, but I’m also glad to see works that explore that grey area, because that’s much more realistic and human and there are lessons to be learned and many spaces to explored within that.